On 2 December 2021, as part of his official visit to the Russian Federation, President of the Socialist Republic of Vietnam (SRV) Nguyen Xuan Phuc had a meeting with a Gazprom Group delegation headed by Elena Burmistrova, a Deputy Chairman of the PJSC Gazprom Management Committee. Managing Director Sergey Tumanov represented Gazprom EP International at the meeting.

The parties discussed the status of the current programs and the progress of the oil and gas contracts wherein the Gazprom Group has invested to date a total exceeding USD 2.6 billion.

Elena Burmistrova expressed her satisfaction with the progress of the ongoing projects and addressed Nguyen Xuan Phuc with a request to give further impetus to some initiatives requiring political and strategic decisions. In particular, attention was paid to two projects implemented by Gazprom EP International in Vietnam — the development of the NGV market in southern Vietnam and the construction of a Quang Tri gas combined cycle power plant. Considering the economic and environmental importance of the projects, the Russian Side expects the SRV government to support and make policy decisions on several key issues enabling the projects to proceed to their active phase of implementation. 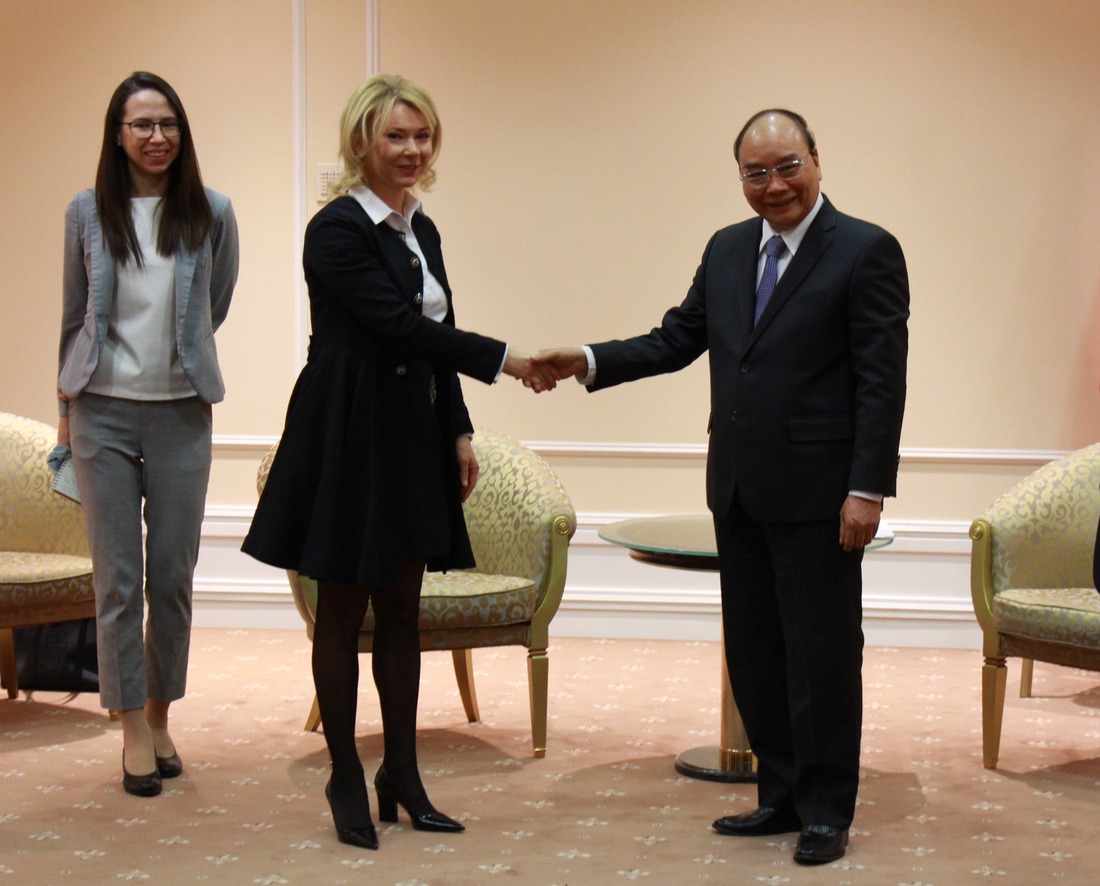 In Vietnam, Gazprom PJSC is represented by Gazprom EP International, an operator of the Gazprom Group‘s upstream assets overseas. The Company is headquartered in Amsterdam, the Netherlands. The Company operates in ten countries across three continents and is involved in nearly 20 projects of varying magnitude. Currently, Gazprom EP International is preparing to implement the project to build the Quang Tri gas combined cycle power plant in the Socialist Republic of Vietnam and actively participates in the development of the NGV market in Vietnam as a partner in PV GAZPROM NGV, a joint venture.

Headed by President Nguyen Xuan Phuc, the delegation of the Socialist Republic of Vietnam paid an official visit to the Russian Federation from 30 November to 2 December 2021. The presidents of the two countries discussed various important issues relating to the bilateral strategic partnership such as political dialog and cooperation in trade, economics, armaments, science, and technology, as well as humanitarian relations.