From 24 to 27 May, specialists from Gazprom EP International participated in the case-solving competition held by Gazprom’s corporate league annually under the auspices of CASE-IN, an international engineering championship.

COVID-19 restrictions have converted this year’s competition into an online conference, gathering 200 young professionals from almost 50 Gazprom subsidiaries. Gazprom EP International proposed as many as seven specialists in operations and economics for participation in the corporate league.

16 teams competed in solving an engineering case, a practical task based on a current situation in the sector or the industry. This year, the newcomers were tasked to develop a strategy securing reliable gas supplies to consumers within the Southern Gas Corridor. Such a strategy was supposed to include a solution for several tasks minimizing geopolitical risks and decarbonizing energy production and supplies. 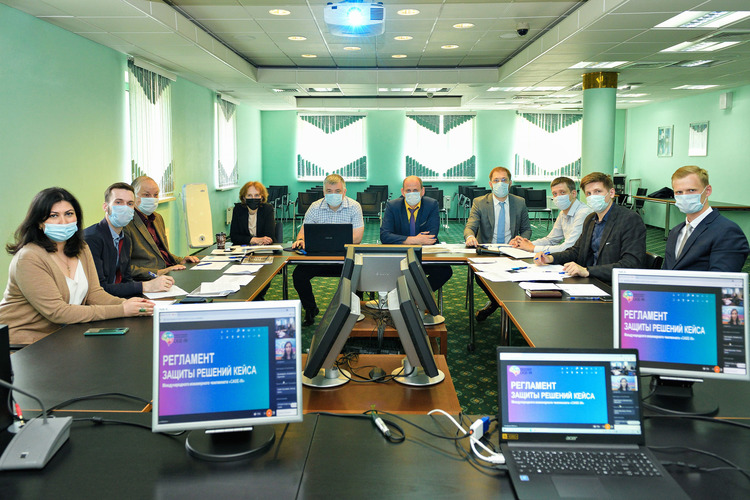 The teams were judged by a panel of experts involving representatives from Gazprom’s subsidiaries and Management.

Participating on behalf of Gazprom EP International and teamed with Southern Corridor and South H2, Pavel Melnikov and Polina Gamayunova, from Reserves Estimation and Field Development, made it into the finals as they were ranked third and fifth in the standings.

With the highest overall points, team Vector 5642 won the competition.

The case-solving championship is an intellectual and qualifying competition for young professionals from Gazprom.

The championship focuses on enhancing Gazprom’s and its subsidiaries’ corporate training systems to scout for high-potential, innovative newcomers.

An international engineering championship, CASE-IN is an array of competitions encouraging high-school and university students, as well as young energy, mineral, nuclear, and related specialists to compete in solving engineering cases.

A part of the Russia — Land of Opportunity NPO, the project is included in the Plan of Actions promoting blue-collar and engineering professions, approved by a resolution of the Russian Federation Government dated 5 March 2015.

RAEX analytics ranked the championship among the world’s TOP 15 academic competitions in 2019.