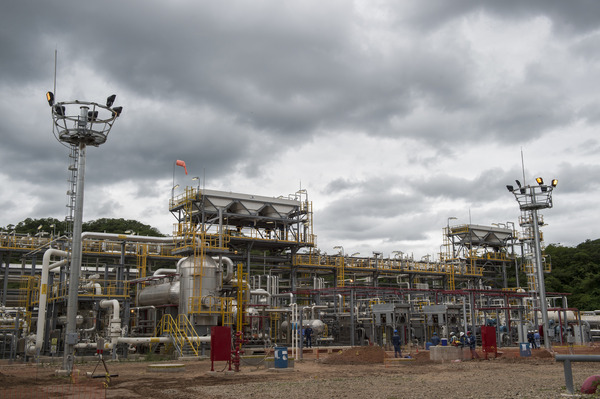 The Ipati (237.5 sq.km) and Aquio (254 sq.km) licence blocks are within the limits of Santa Cruz and Chuquisaca Departments, Southern Bolivia, 40 km southwestwards of Camiri and ca. 290 km southwards of Santa Cruz de la Sierra. The formations of Huamampampa and Santa Rosa are the key exploration prospect. Since production started at Ipati and Aquio, the recoverable reserves of natural gas have been estimated at 43.9 and those of gas condensate, at 3.7 MT.

The parties have the following interests in the project: Total E&P Bolivie (the operator with 50%), Gazprom EP International (20%), Tecpetrol de Bolivia S.A. (a subsidiary of the Argentine Tecpetrol, 20%), and YPFB Chaco (a 100 percent subsidiary of YPFB, 10%). The Operating Contracts are effective until 2038 (for Ipati) and 2024 (for Aquio).

2004 saw a discovery by Total E&P Bolivie of Incahuasi, a gas and condensate field within the cited blocks. The areas have three wells drilled, Incahuasi-X1, Aquio-X1001, and Incahuasi-2, whose tests showed the commerciality of its reserves, leading to the approval of the FDP by YPFB.

The field has a trunkline system, production management facilities, a central processing facility (CPF) with a capacity of up to 8 MMcmd, a 103-km pipeline to the tie-in point of YPFB's trunkline system transporting the production, and a 16-km condensate pipeline. One more tie-in point is almost incorporated to ensure uninterrupted gas supply.

Incahuasi is one of the largest gas and condensate fields explored in Bolivia. The production from this field will be exported to Argentina and Brazil, as well as supplied to the domestic market.
Share